In 1990 the Holland America Line announced a program for the building of four new ships of a type that would be called the Statendam-class. Afterwards another eleven new ships (in different classes) would be built. The Prinsendam, Statendam, Ryndam, Maasdam, Veendam, Rotterdam (VI) and Amsterdam left the fleet. They are replaced by the Koningsdam, the first ship from the (new) Pinnacle-class that came into service in April 2016 and her sistership Nieuw Statendam that came into service in December 2018. The new flagship Rotterdam (VII) of the same class will come into service in the course of 2021. Thus the company has 11 ships in service. 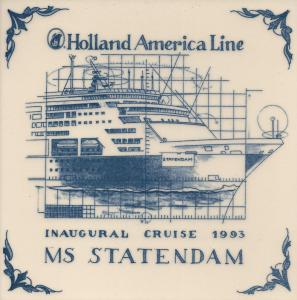 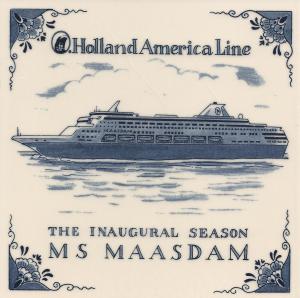 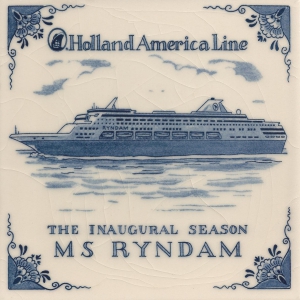 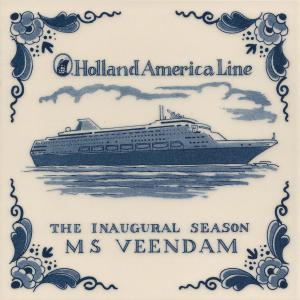 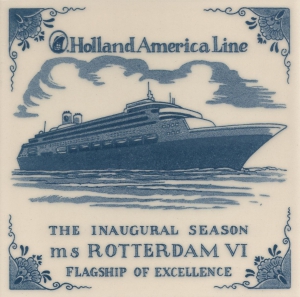 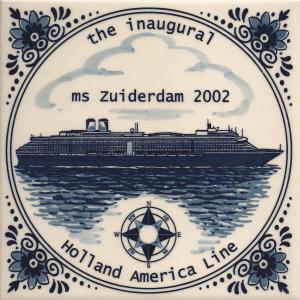 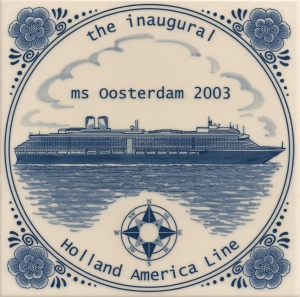 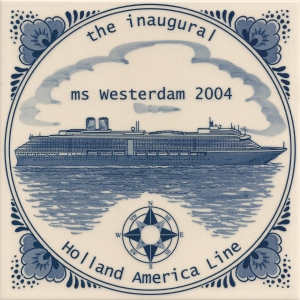 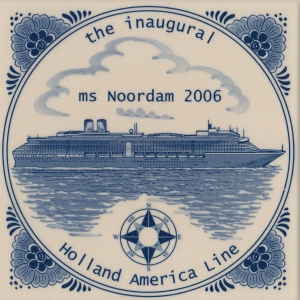 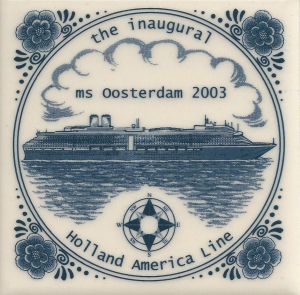 The Signature-class consists of the Eurodam (2008) and the Nieuw Amsterdam (2010). These tiles are not manufactured by Royal Goedewaagen. The tiles come from the factory of Porceleyne Fles, where under the name Westraven tiles are made only by means of transfer technique.

Additionally, a tile in 4″x 4″ format of the Nieuw Amsterdam has been issued, once again created by Royal Goedewaagen. 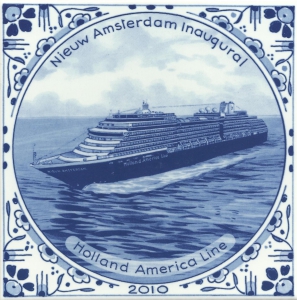 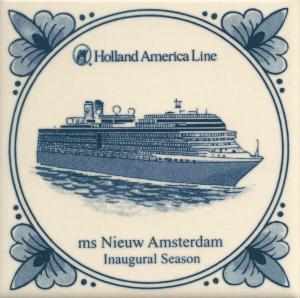 The Koningsdam (2016) is the first ship from the new Pinnacle-class. For both tiles a shift in tonality is visible; thereby it concerns a somewhat lighter blue, an esthetic choice. However this is company policy of Royal Goedewaagen and ultimately Holland America Line’s choice. The tiles measure 4″x 4″. 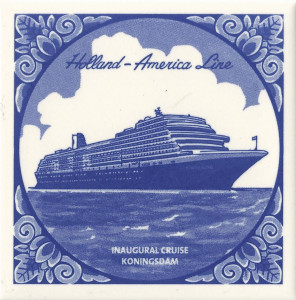 This tile is issued on the occassion of the maiden voyage of the Nieuw Statendam. The tile has been pressed by Royal Goedewaagen itself; over the last years predominantly Portugese biscuit ware was used. This time the transfer decoration technique was chosen. Although identical to the Westraven editions of the Eurodam and the Nieuw Amsterdam, this new tile shows more graphical depth. The blue is again different from earlier Goedewaagen editions. 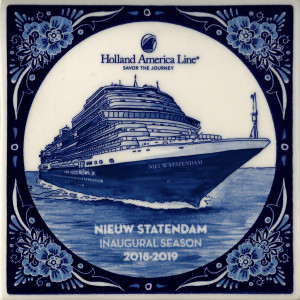 Tile of the Rotterdam (VII), the new flagship of the Holland America Line. The Rotterdam is the third ship from the Pinnacle class and has accommodation for 2668 passengers. The tile measures 6”x 6”. 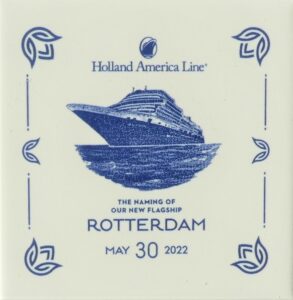