In the early 1950’s the demand for passenger compartments was so great that the Holland America Line ships were almost constantly fully booked. As a result the room for emigrant transport was limited. Therefore the company also had to deploy cargo ships with passenger accommodations, while the Dutch State had government ships rebuilt in order to meet the growing need.

The first series of 12 tiles shows the Holland America Line ships that formerly transported emigrants to America, Canada, Australia, New Zealand and South Africa. Emigrants (and later on their visiting family members) were usually connected to an association which regulated the transport, such as “Ouders van Emigranten”, “Wij Komen” and “Wereldcontact”. The tiles (“6 x 6’) are issued in 2000 by Albert Vanderheide Publishing in Langley, British Columbia, Canada. 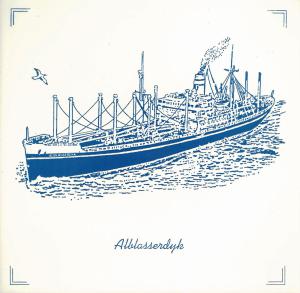 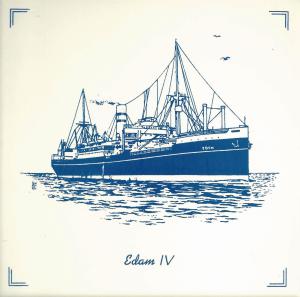 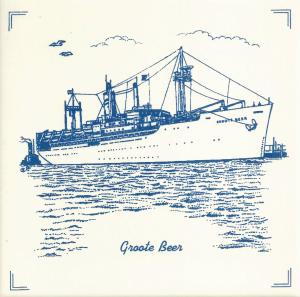 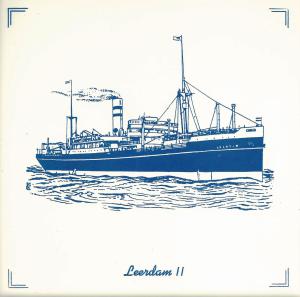 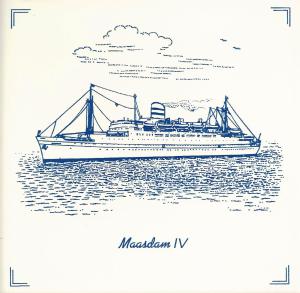 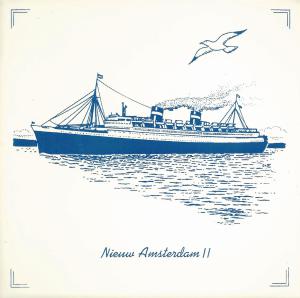 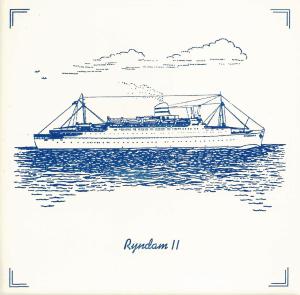 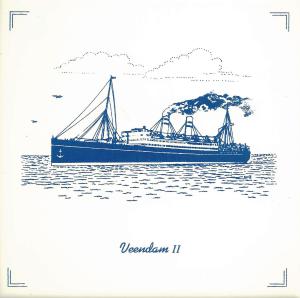 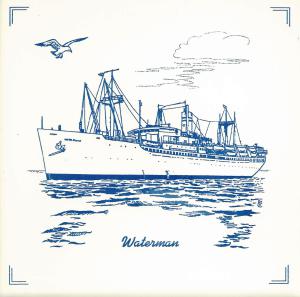 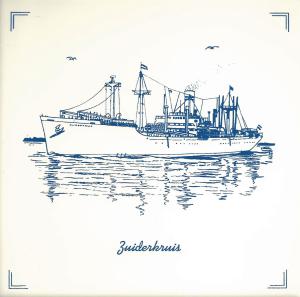 From correspondence with Albert Vanderheide, publisher of the Windmill Herald and Hollandia News in Canada since 1969, it appears that the previously mentioned series of 12 tiles (without anchor) is a reprint from tiles distributed in 1978 (with anchor). The logos from the Albert Vanderheide Publishing edited newspapers are displayed within the anchor. The anchor logo has been removed in the reprint, since the publisher also received orders via internet from readers aside from regular subscribers. 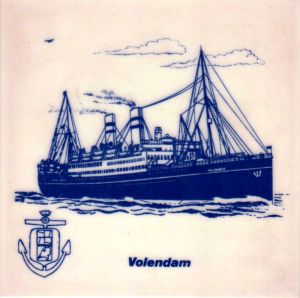 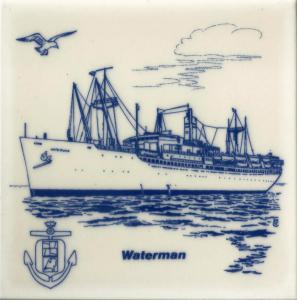 As can be seen in the menu Earlier Tiles “anchor” tiles have also been issued from the (non-emigrantships) Rotterdam (V) and Statendam (IV).

From Albert Vanderheide I received the tiles (6″x 6″) below: a departure scene at the Wilhelminakade in Rotterdam, at the time the Holland America Line home port. Albert wrote the following to me:

“It was the year 1978, after which a tile maker from the Netherlands arrived in Canada. He sought business and proposed a series of tiles with windmills, which we could probably sell via our magazine “The Windmill Herald”. He was not in accordance and departed disappointed. I called him later that same day with a proposal to design a premium tile with a departure scene at the Wilhelminakade. That turned out to be a lucky hit: the tile was good for 500 new subscriptions and resulted in numerous spontaneous requests for the tile with “their” ship. The first order was a fact: 500 pieces for the Groote Beer, after which another eleven HAL ships would follow.” 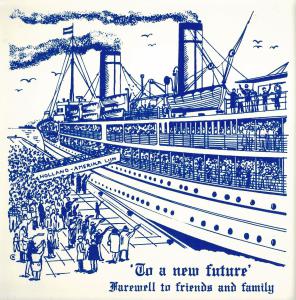 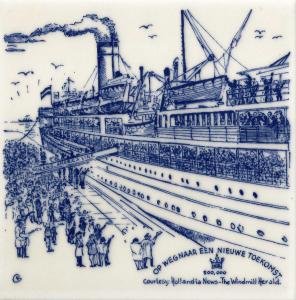 Below the particular article in the Farewell Edition from the Windmill Herald in August 2012 (page 2 is the second column missing from page 1). The second series of 5 tiles (6″x 6″) was issued in 1983 in Canada (in a modest edition) by Paideia Press, as a by-product of editing their book “To All Our Children: the Story of the Postwar Dutch Immigration to Canada” by Albert VanderMey.

The ss Groote Beer (1944) was built together with its sister ships Zuiderkruis (1944) and Waterman (1945) at the behest of the US Government as a troop transport ship. After the purchase by the Dutch Government the ships were used from 1947 for troop transport to and from The Dutch East Indies and New Guinea. In 1951 the three ships were remodeled as an emigrant ship with capacity for approximately 850 passengers. 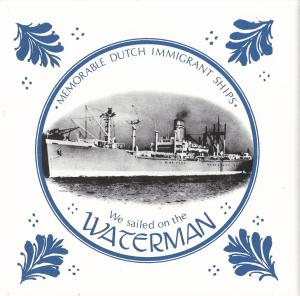 The Veendam II (1923-1953), severely damaged during the Second World War, was restored after the war and from 1947 served as two-class ship with accommodation for 550 passengers. Over more than five years the Veendam II furnished transport for tourists and predominantly for emigrants to North America.

Besides the transport of emigrants to North America, the ss Ryndam II (1951-1972) became famous as a student ship. The American Chapman College (Orange, California) chartered the Ryndam in 1967 for students in order to make two three months world voyages. The Chapman College promoted themselves as a World Campus Afloat. I was working on board at that time. The Ryndam II had accommodation for 852 students in tourist class cabins. The ship is demolished in India in 2003.

The Maasdam IV (1952-1968) served mainly for the transport of tourists (for which it proved to be less suitable) and emigrants te Canada. The Maasdam was sold in 1968 to Polish Ocean Lines and renamed Stefan Batory. In 2000 the ship was finally sold for demolition in Turkey.